If you're keen to get good bang for your buck and save time and money when creating online training the simple answer is:

Sometimes when we've got a limited budget and we need to create training courses we might think to cut the video and multimedia. Sure, that's one version of "doing less" (and will cost less too). But, it's not the best option for learning.

What we find is that often courses have much more in them than they really need. They aren't necessarily focused on the right areas. And we miss opportunities to have the systems work harder than the humans. So, in this post, we'll look at these three simple ways to get bang for your buck.

Cathy Moore has a brilliant post on How to quickly find the cause of a performance problem. [I'll briefly describe the gist here, but seriously, read Cathy's post.]

In the post we meet Joe, who wants to create a course on ethics as he says his staff are lying on their performance reports. But by asking "what do people lie for...?" (and including some follow up questions), we're able to get to the actual "problem":

His workplace has a competitive culture. Staff have a lot of work on their plates and lie rather than admitting they're overworked. They also won't talk to their manager because managers will tell them to stop whining.

A course on ethics won't solve that problem.

So, when you first start thinking about a course, use Cathy's questioning techniques to make sure your course is solving the right problem.

Have less stuff in a course

Minimalism in your home can lead to easier living. Minimalism in your course will lead to easier learning. Courses with too much stuff are built around subject or topics - the stuff you want to cover. Instead, don't ask about what to cover in the course, ask about where you want to get learners to. The best way to have less stuff in the course is to use learning outcomes. Luckily this leads on perfectly from finding the right problem: Once you know the problem, you're better placed to say where you want to get to, these are your goals, your outcomes.

When you've set you're learning outcomes, if the stuff doesn't directly contribute to a learner achieving that outcome, it's out. Simple as that.

If you've got the time and you're a real minimalist, review the finished course with a goal of taking out 10-20% of it. I bet you'll find it easier than you think.

Use automations where possible

With courses, we often have processes based on rules or conditions that are perfect for automation. They're the kinds of things that computers deal with well.

"If [thing] happens in iQualify, then trigger [other thing]."

The thing that happens in iQualify could be that a learner has signed up, submitted a task or that a certain date has passed (plus much more).

The thing it triggers could be in iQualify or in another app. It could be to enrol a learner in a certain course, update a spreadsheet, send an email somewhere, or award a badge.

Here are a few example workflows you can create to save you time (and money):

Over time, the savings in administration will quickly add up.

See Using an automation tool to connect apps and systems to iQualify for more information on what to use and how you can set it up.

So when you've got a limited budget, don't just jump to cutting the video and multimedia. Instead:

Chunking content aids learning. Find out why it works and how to do it. We can chunk at all kinds of levels, from chunking the course into sections, right through to pages, paragraphs and sentences. 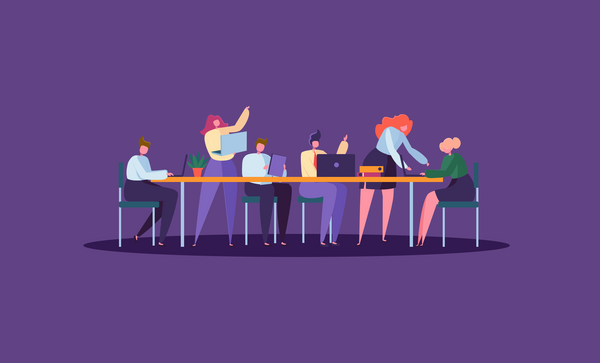 No one likes professional development sessions where the presenter goes through a bunch of slides and pops in the odd question! So why do we all do them? Check out our suggestions for using an online course to boost engagement in your workshops.